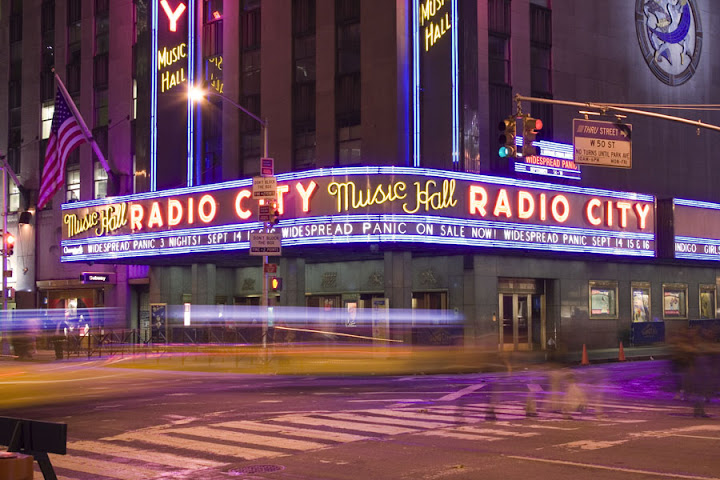 Radio City Music Hall is an entertainment venue located in New York City’s Rockefeller Center. Its nickname is the Showplace of the Nation, and it was for a time the leading tourist destination in the city. Its interior was declared a city landmark in 1978.

Movie premieres and feature runs have occasionally taken place there but the focus of the theater throughout the year is now on concerts and live stage shows. The Radio City Christmas Spectacular continues to be an important annual event. The Music Hall has presented most of the leading pop and rock performers of the last 30 years as well as televised events including the Grammy Awards, the Tony Awards, and the MTV Music Awards.

The Radio City Christmas Spectacular is an annual musical holiday stage show featured by over 140 performers, lavish sets and costumes and an original musical score, combines singing, dancing and humor with traditional scenes in spectacular stage settings. The star performers are the women’s precision dance troupe known as the Rockettes. Since the first version was presented in 1933, the show has become a New York Christmas tradition seen by more than a million visitors a year. In 2010, it will run from November 5, 2010 until December 30, 2010.