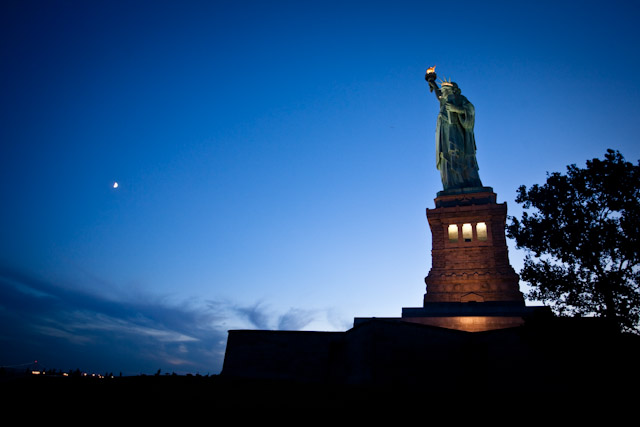 The National Park Service announced that starting in June they’ll allow evening visits to tour the grounds and dine on Liberty Island, at least through mid-August. The decision was spurred by a successful two-day experiment last September. Though the statue won’t be open for visitors, it’s probably best not to climb those stairs after dark anyway!

They’ll be charging $35 for adults, and $15 for kids—a fee that includes a ride there and back from Statue Cruises. an hour or two stay, and dinner. The chief operating officer of the Statue Cruises told that last year “everybody either had a date or a tripod.”