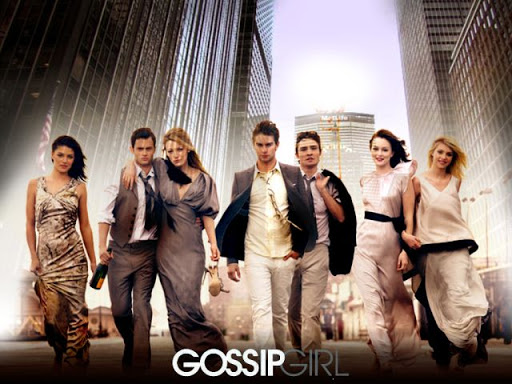 It is impossible to locate every New York City location of that TV Movie (soap), but we bring to you some of the most used locations, like homes and apartments, party clubs, eating and universities, schools and much more.

The Gossip Girl locations are deployed about the whole New York City including Manhattan, Queens and Brooklyn. The interiors of many places are shooted at Silvercup Studios, Long Island City.

Based on the book series by Cecily Von Ziegesar, Gossip Girl covers the live of Upper East Side private school kids. Their inheritances and wealthy families, and all of the inner workings of these privileged messed up kids. Their lives are chronicled and watche dby an unseen character known as, “Gossip Girl” who blogs about their every move.

The Upper East Side is a neighborhood in the borough of Manhattan in New York City, between Central Park and the East River. The Upper East Side lies within an area bounded by 59th Street, 96th Street, Central Park and the East River. Once known as the ‘Silk Stocking District’, it has more recently retained its position as the most affluent area of New York City, and today has some of the most expensive real estate in the world.

Central Park is a public park in the center of Manhattan in New York City. The park initially opened in 1857, on 770 acres (3.1 km2) of city-owned land. In 1858, Frederick Law Olmsted and Calvert Vaux won a design competition to improve and expand the park with a plan they entitled the Greensward Plan. Construction began the same year and was completed in 1873. The real estate value of Central Park was estimated by the property appraisal firm, Miller Samuel, to be $528,783,552,000 in December 2005.

Brooklyn is New York City’s most populous borough with approximately 2.5 million residents, and second largest in area. Since 1896, Brooklyn has had the same boundaries as Kings County, which is now the most populous county in New York State and the second most densely populated county in the United States, after New York County (Manhattan). It is also the westernmost county on Long Island.

Brooklyn has played a major role in various aspects of American culture including literature, cinema and theater as well as being home to the world re-knowned Brooklyn Academy of Music and the second largest public art collection in the United States is housed in the Brooklyn Museum.

The Meatpacking District is a 20 square block, 24-hour neighborhood on the West Side of Manhattan, flanked by Chelsea Market to the North and Gansevoort Street to the South.
Alongside the meatpacking plants – fashion designers, graphic designers, writers, architects, artists and photographers have created a destination for design, architecture, fashion, salons, beauty and luxury boutiques. Restaurants and nightlife venues create an up-all-night vibe about the neighborhood.
In June of 2009 the High Line opened. Visitors are able to walk on this never-before-seen “park in the sky” from Gansevoort Street to 20th Street and soon, all the way to 34th Street.

SoHo in New York City is the most unique shopping area of the world. With everything from art stands on the street to high-end boutiques, SoHo is certain to exceed everybodys’ expectations. Great bars, restaurants, and retail. Bustling during the day, relatively quiet at night, expensive all the time.

Food is everywhere in SoHo,whether it’s a quick bite to eat or sit down meal, the choices of restaurants and cafes are endless.

Sip a latte outdoors at a French café, enjoy a sushi lunch and grab dinner at a bistro. SoHo has an eatery to cover any cuisine you may crave.

New York University (NYU) is a private, nonsectarian research university based in New York City. NYU’s main campus is situated in the Greenwich Village section of Manhattan. Founded in 1831, NYU is the largest private, nonprofit institution of higher education in the United States.

Columbia University in the City of New York (Columbia University) is a private research university in New York City and a member of the Ivy League. Columbia is the oldest institution of higher learning in the state of New York, the fifth oldest in the United States, and one of the country’s nine Colonial Colleges founded before the American Revolution. It was founded in 1754 as King’s College by royal charter of George II of Great Britain, and is one of only three United States universities to have been founded under such authority.

Columbia annually administers the American literary award, the Pulitzer Prize, and is one of the founding members of the Association of American Universities. More Nobel Prize winners have been affiliated with Columbia than any other institution in the world.