New York is rarely known for the invention of its own foods, it has had a powerful impact on influencing some of the most popular recipes, perfecting the taste with a unique New York twist. No trip to New York is complete without tasting four of the foods which New York has made famous around the world.

The bagel grew popular with Jews in Poland, before crossing the water. Since arriving in New York, the bagel quickly grew in popularity. Whilst in Poland bagels were created to provide a quick meal, after the Sabbath in New York they quickly become a fashionable breakfast snack. Often served with cream cheese and smoked salmon, New Yorkers have been quick to add their own special touch to the popular Polish bread. 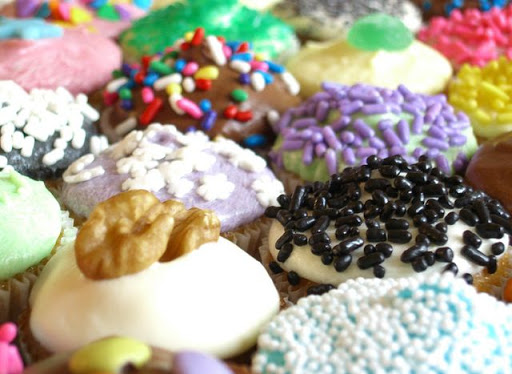 Cupcakes have their origins in the United Kingdom and are presumed to be an adoption of a British recipe brought over by early puritans. In fact, New York has always been famous for its unique take on cupcakes; becoming so popular that many bakeries will have queues from early morning until midnight with New Yorkers and tourists looking for an authentic taste of the Big Apple.

No visit to New York City would be complete without tasting some great pizza. 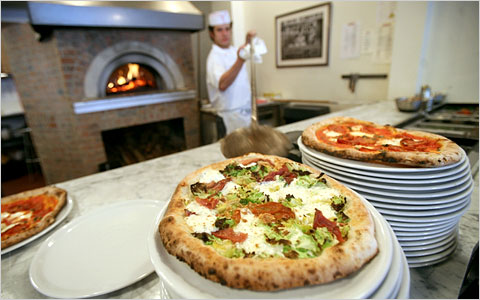 New York has also made itself famous as one of the world’s best destinations for quality pizza. Thanks to a large Italian-American population – particularly in Little Italy – New York pizza has a very strong resemblance to that found in Naples. The first pizzeria (lombardi’s) opened in the United States in 1905 – in Little Italy, Manhattan – and thanks to its success has seen the popular adoption of pizza all across the United States. Although it is possible to find pizza anywhere in New York City, it is recommended to visit Little Italy to see where this famous style of Pizza originated from.

Recomendations | best places to try it out