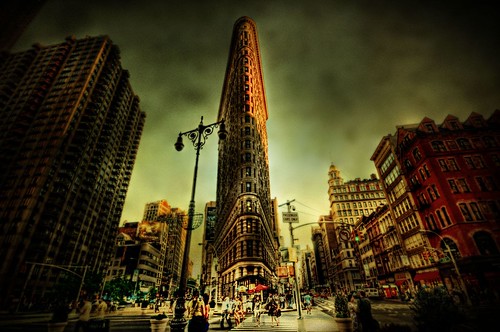 Some buildings are monuments and New York City is plenty of that buildings. One of that naturally become monuments is the Fuller Building, aka The Flatiron, is also the first skyscrapper.

Builded in 1902, the Flatiron is still one of the best postcards in New York City. If you want to meet it just walk in the crowded avenues, Broadway and 5th Ave makes it the best corner in the world, or a flat iron, which names it.

With only 22 floors is shorter than many other buildings in the city, but still an attraction to the visitors, and it’s naturally beautiness names the entire district. A United States landmark, its Beaux Arts style was an engineering feat in early 20th Century.

Innovative as no one, is a symbol of New York City and a postcard to any visitor.

More From: The Most Beautiful Photos of New York City