This phenomenon is called Manhattanhenge. Two days every year, the sun sets in a way that illuminates the north and south sides of every cross street of the New York City borough’s grid. It’s likely the best time to photograph some of the nation’s most iconic streets of Manhattan like 42nd St. It’s a really great tip in New York since you just have to stand in a particular direction and enjoy the show.

Manhattanhenge is one of the summer’s most memorable and picturesque moments. Twice each summer, the sun, Earth, and (functional) monuments of human industry create a spectacle of light called “Manhattanhenge”: when the sunset aligns perfectly with the city’s gridded streets. Hundreds of people gather on the streets to observe this incredibly beautiful event. 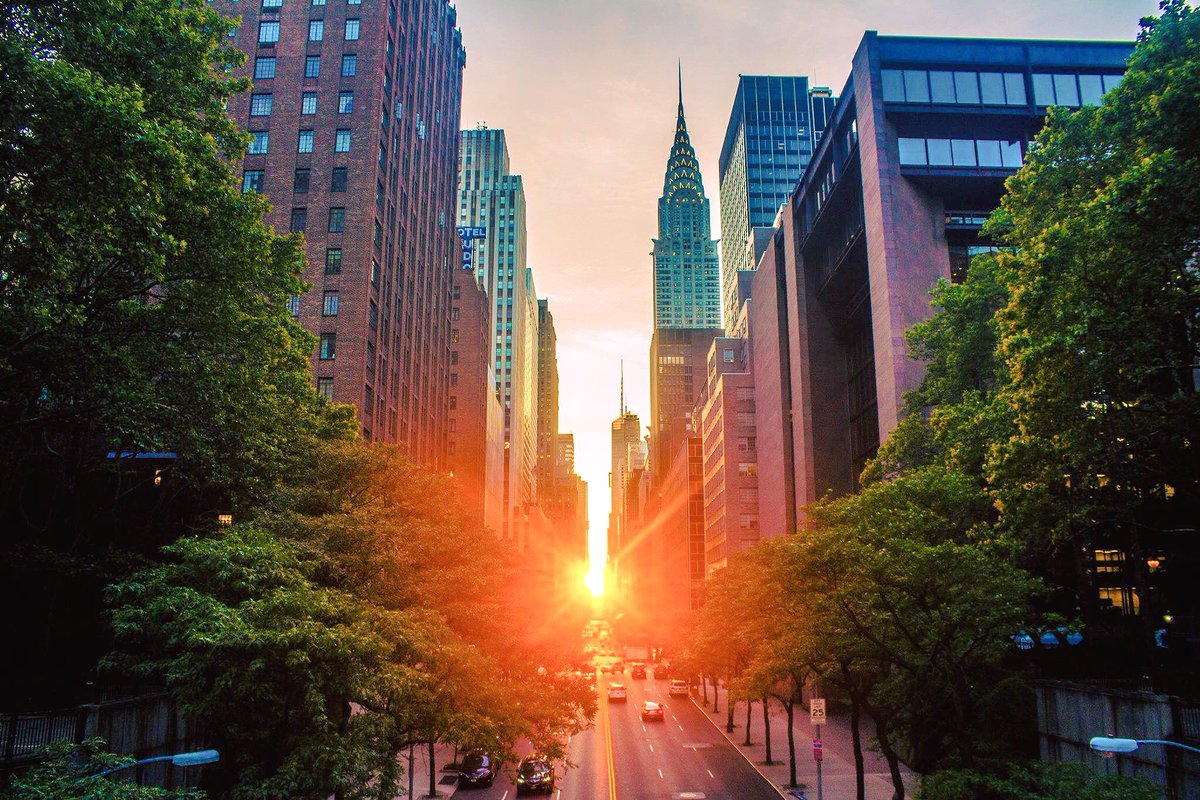 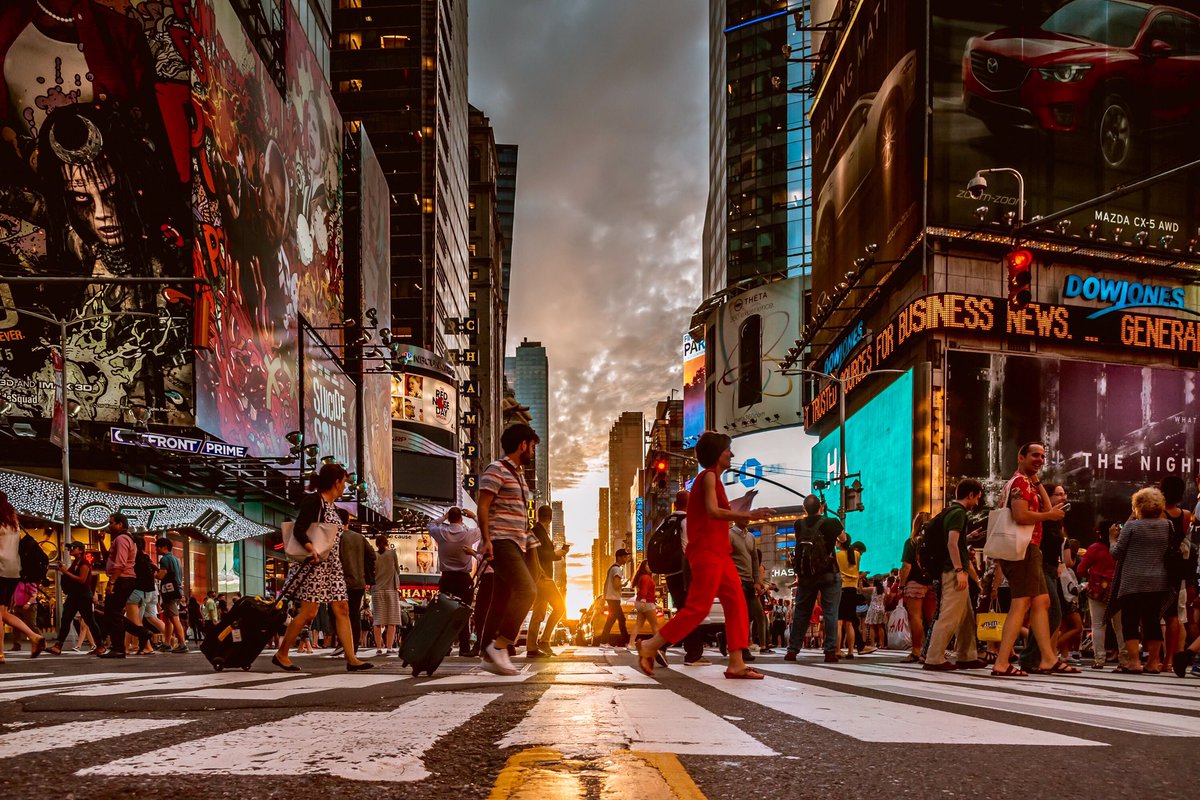 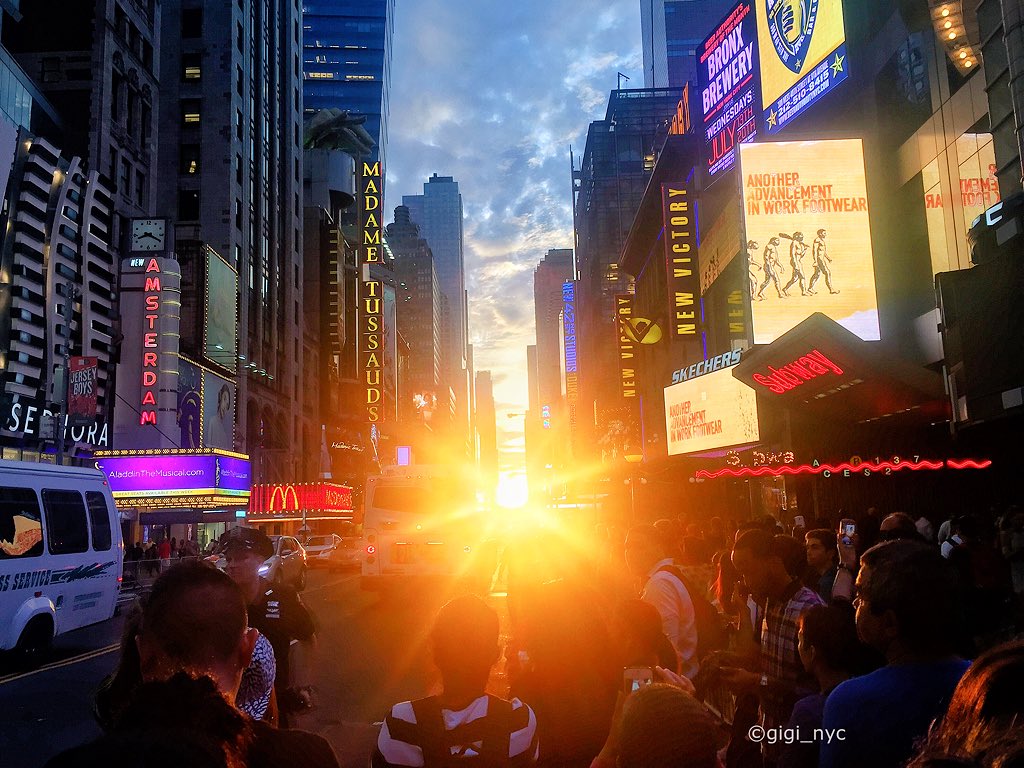 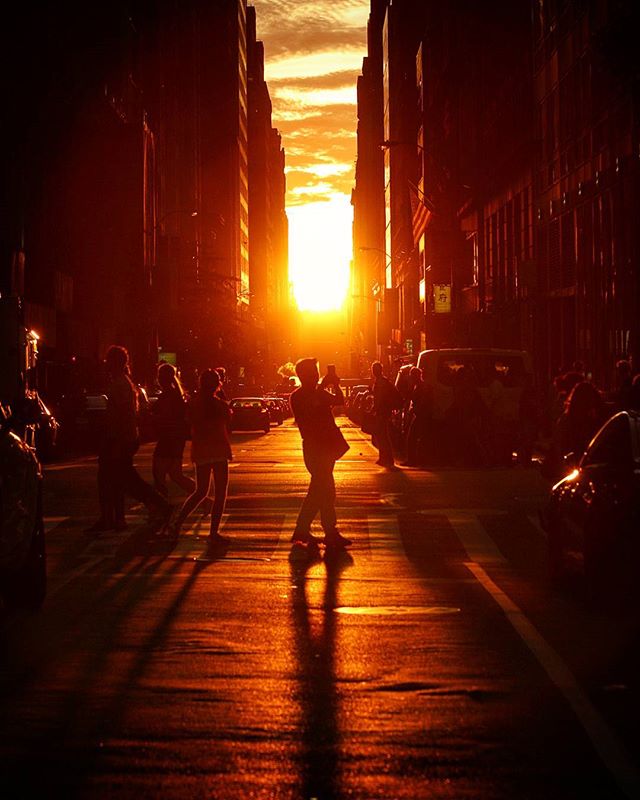