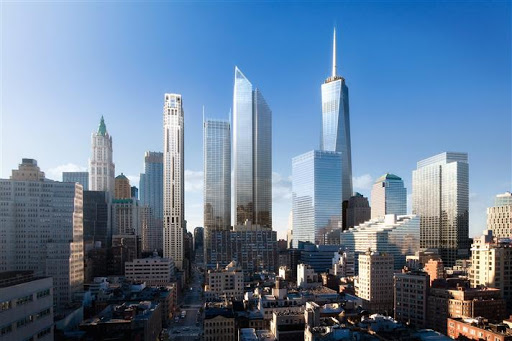 The Bank of America Tower at One Bryant Park is the second tallest skyscraper in New York City (1,200 ft) after Empire State Building, and the fourth tallest building in the United States. It is located on Sixth Avenue, between 42nd and 43rd Street, opposite Bryant Park, in Manhattan District of New York City.

The US$1 billion project has been designed by Cook+Fox Architects to be one of the most efficient and ecologically friendly buildings in the world. Construction was completed in 2009.

In June 2010, the Bank of America Tower was the recipient of the 2010 Best Tall Building Americas award by the Council on Tall Buildings and Urban Habitat.